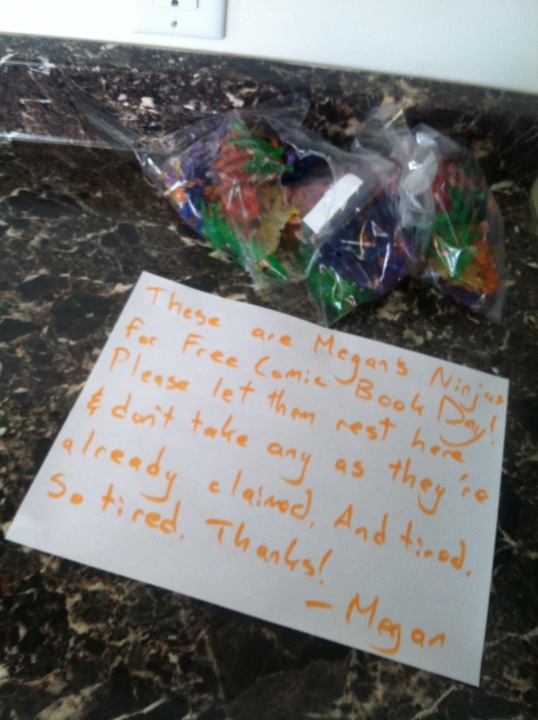 Some of these are funny but true and others are simply heartbreaking and true. I present them in no particular order:

1. Take Care of Your Hair

Women here take care of their hair. They get it cut, they dye it, they curl it and do it before going places. There’s an importance placed on looks that I will never really be concerned with but there’s something about their hair, man. It’s like putting on a jaunty hat without actually wearing one. I’ve come to realize that even if I’m never going to be the kind of lady who wears makeup and heels daily I would like to look like I’ve got my shit together. So getting a good haircut seemed the natural way to go. I have a do that is progressively getting weirder as I work with my new stylist (Right now I’m somewhere between Ramona Flowers and Carol Channing…) I really like this part of adulthood and hope I can make my hair a natural extension of my style (A struggle that anyone with curly hair will relate to).

2. IHOP is a Young Woman’s Game

Food down here is not like in the north. Well, maybe a little like growing up in Downeast Maine, where everything seemed to be fried and no one counted calories or even servings most of the time. But fast food is a totally different game. As a kid we never really ate fast food. We would have a kind of biannual outing to the big city of Calais, Maine where we would run errands and then stop at Burger King for junk food. I developed great eating habits and blah, blah, blah, but it’s always been a source of entertainment to friends all the different kinds of fast food I’ve NEVER tried. I’ve made a kind of junk food bucket list that has expanded exponentially since moving to the South. A few months ago Karl and I ventured out for errands and i saw the blue glowing beacon of IHOP in the distance. I made him stop, erupting into a fit of giggles that lasted throughout our meal and until we got into the car. Then I thought I would die. I developed a food baby that would not budge. I was so uncomfortable and not even a fart would pass. This feeling lasted well into the night and I awoke the next day with a new found appreciation for water, fresh vegetables and life in general. I shall not darken that glowing blue doorway again.

Race is still very much identified as a divide here. That’s super obvious to most people and I even thought I knew that before I moved here but living inside those distinctions as a white woman was something I sort of didn’t see coming. I am perceived in a very new way and I don’t know what to think of that yet. Maybe I never will.

4. We Aren’t Listening to One Another

I sort of have these very sad glimpses of the public I serve from time to time. It’s happened at each library I’ve worked at where a divisive issue is in our face (rich & poor, educated & uneducated, any color & any other color, really any us vs. them you can think of) but all we think about is our own side of the story. If all the marching and anger from places like Ferguson is to mean anything we need to take action where it matters most- by talking to one another and voting to make change. Otherwise protests will only continue to open eyes (to what they choose to see), not doors.

What a crazy, privileged, fortunate year I’ve had. Between writing the book, getting married, getting my first paid speaking gig where my library career began, moving to one of the greatest libraries in the world and then getting a promotion I have been insanely fortunate. (More on all of that later, I swear…) It’s beginning to dawn on me that while I am crazy lucky to have built a career almost entirely upon play I also put a LOT of work into it and owe a lot of my success to being me. Stubborn, competitive, risky old me.

Busy doesn’t even begin to cover what my life has been like lately.

Justin and I talk a lot about how the librarians who are out there doing the work and really kicking ass don’t have time to constantly get the great photos and update their twitter accounts. I’m pretty good at compartmentalizing my work and entering a sort of zen state of uber-organization to get all my work done. I design the programs, perform the critical thinking and facilitate the programs sometimes while simultaneously running the desk single handedly. A lot of us are one woman or one man shows and I choose not to believe that it limits what we can do. Truth? I get it done because I’m crazy competitive and I have to.

A great example is Camp EtsyNooga. I got 3 days off desk in August to tie together over a year’s worth of planning (in my head) a crazy idea to create a camp where teens could lean the ropes of running a small, creative business by following the best practices of running an Etsy shop. It was a 6 week program (On Saturdays from 9am-3pm) that included an Etsy Small Business Saturday Craft Fair I had a big hand in creating and a Master’s Class for families to set up Etsy shops (since teens are technically minors).

Three days? That’s madness. Over the last 6 weeks I’ve been creating the slide shows and handouts for this class while curating articles pertinent to each teens specific art form from all over the web and in books I know (and some I didn’t) while  I was running the desk, doing readers advisory, leading tours (some planned, some not), hiring a teen for her very first job, leading my regular programs like Tween Lego Club, MakeAaNooga, and the Tween/Teen volunteer program and doing other library type stuff. Am I killing it with each of these? Absolutely not. I coasted on the success of a few of these programs and neglected them while I obsessed over my new opus.

Now it’s time for damage control. The relationship with the adult Etsy Team needs some care taking and thought to foster new successes and to assist them in achieving their full potential. The volunteer program is so successful I need to rework the scheduling and available opportunities to ensure it is beneficial to teens, not simply taking up their time. The regularly scheduled programs haven’t been getting the equipment I need to take new risks so I have to track down over a month’s worth of items. I have copious thank you notes to write.

Toward the end of all this I was surprised with the news that the 4th Floor would like me to start creating programming for them. I’m insanely excited and nervous about this opportunity. I’d like to dive right in and give it a ton of attention but… maybe I’m growing up or getting older or am possessed by a closet organizer or something… I’m going to lay a crazy solid foundation first. I’m going to tend to my neglected programs and right some wrongs. I’m going to set up meeting with members from both departments to understand exactly the kind of focus their work has so I can work in tandem. Im going to solidify my partnerships with outside organizations like the Etsy Team and my fabulous local cosplayers Chattooine to encourage their maker activities and develop programming that is based not just in my fantasy world but their actual needs.

This will give me a solid footing to move forward in my career by starting from a place of empathy. Working together is the only way my new opus will be as fabulous (better?) as my last one. Will it be a ton more work? Yes. But you know something? I totally love my job. Even the bad parts are better than when I was a blueberry raker, better than when I worked retail and way better than when I was a plumber’s assistant. This job is freaking GREAT. If you’re feeling burnt out I highly suggest you take a step back, do something to remind yourself of why you got involved in the first place, solidify your footing and continue moving forward. As Iris Apfel says-