Some of these are funny but true and others are simply heartbreaking and true. I present them in no particular order:

1. Take Care of Your Hair

Women here take care of their hair. They get it cut, they dye it, they curl it and do it before going places. There’s an importance placed on looks that I will never really be concerned with but there’s something about their hair, man. It’s like putting on a jaunty hat without actually wearing one. I’ve come to realize that even if I’m never going to be the kind of lady who wears makeup and heels daily I would like to look like I’ve got my shit together. So getting a good haircut seemed the natural way to go. I have a do that is progressively getting weirder as I work with my new stylist (Right now I’m somewhere between Ramona Flowers and Carol Channing…) I really like this part of adulthood and hope I can make my hair a natural extension of my style (A struggle that anyone with curly hair will relate to). 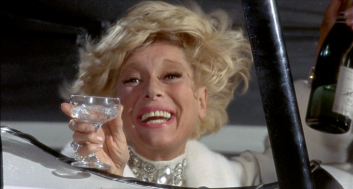 2. IHOP is a Young Woman’s Game

Food down here is not like in the north. Well, maybe a little like growing up in Downeast Maine, where everything seemed to be fried and no one counted calories or even servings most of the time. But fast food is a totally different game. As a kid we never really ate fast food. We would have a kind of biannual outing to the big city of Calais, Maine where we would run errands and then stop at Burger King for junk food. I developed great eating habits and blah, blah, blah, but it’s always been a source of entertainment to friends all the different kinds of fast food I’ve NEVER tried. I’ve made a kind of junk food bucket list that has expanded exponentially since moving to the South. A few months ago Karl and I ventured out for errands and i saw the blue glowing beacon of IHOP in the distance. I made him stop, erupting into a fit of giggles that lasted throughout our meal and until we got into the car. Then I thought I would die. I developed a food baby that would not budge. I was so uncomfortable and not even a fart would pass. This feeling lasted well into the night and I awoke the next day with a new found appreciation for water, fresh vegetables and life in general. I shall not darken that glowing blue doorway again.

Race is still very much identified as a divide here. That’s super obvious to most people and I even thought I knew that before I moved here but living inside those distinctions as a white woman was something I sort of didn’t see coming. I am perceived in a very new way and I don’t know what to think of that yet. Maybe I never will.

4. We Aren’t Listening to One Another

I sort of have these very sad glimpses of the public I serve from time to time. It’s happened at each library I’ve worked at where a divisive issue is in our face (rich & poor, educated & uneducated, any color & any other color, really any us vs. them you can think of) but all we think about is our own side of the story. If all the marching and anger from places like Ferguson is to mean anything we need to take action where it matters most- by talking to one another and voting to make change. Otherwise protests will only continue to open eyes (to what they choose to see), not doors.

What a crazy, privileged, fortunate year I’ve had. Between writing the book, getting married, getting my first paid speaking gig where my library career began, moving to one of the greatest libraries in the world and then getting a promotion I have been insanely fortunate. (More on all of that later, I swear…) It’s beginning to dawn on me that while I am crazy lucky to have built a career almost entirely upon play I also put a LOT of work into it and owe a lot of my success to being me. Stubborn, competitive, risky old me.